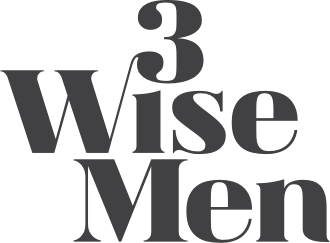 One day in 2004, 3 of us – all mates – were having a general chat about life, as you do, and we got to the topic of shirts here in New Zealand. All three of us had lived overseas where selection, price and the ability to buy on-line meant that shirt shopping was actually a pleasure. However back here the choice and cost of shirts meant we were just not buying them on a regular basis. And we were sure we weren’t the only ones who felt like this.

The landscape was changing in the way men were dressing.

We noticed that while a lot of guys here would still rather cut off their arm than go clothes shopping there was an increasing awareness of fashion amongst guys. And back then, while you could pay the earth for a designer number, or grab a low cost, low quality item that lasted about as long as a pork chop in the sun, there was nothing for the guys who wanted to look good but didn’t have to pay the earth for it.

So we decided to put our money where our mouths were and established 3 Wise Men with just a few but very important rules: