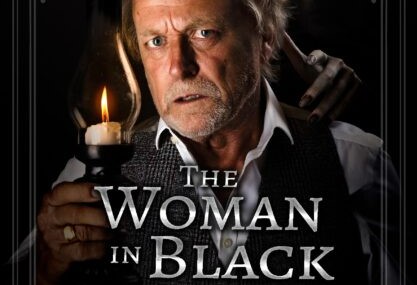 The PumpHouse: The Woman in Black

Arthur Kipps, a retired lawyer in his late 60s, is haunted by the ghosts of his past. Now, after so many years in a desperate attempt to rid himself of these dark memories, he hires a dilapidated theatre space and a young actor to help him tell his story to hopefully banish the entity that has caused him so much pain and heartache.

Can he finally be free of this nightmare? Will his loved ones understand or even believe the horrors he has to tell? Journey with us now deep into the fog and come face to face with the thing that goes bump in the night, the shadow in the corner of your eye, the breath on the back of your neck … The Woman in Black.

Originally a novel written by Susan Hill in 1983, The Woman in Black was adapted for the stage in 1987 by Stephen Mallatratt and since then has been terrifying audiences for over 3 decades making it the 2nd longest-running play in history after Agatha Christie’s “The Mousetrap”. Though many have tried to replicate the sheer terror The Woman in Black creates on stage, no other show has come close. It is widely considered the benchmark of live horror.

“IT TIGHTENS ITS GRIP ON THE SPECTATOR LIKE A MEDIEVAL INSTRUMENT OF TORTURE.”
– Daily Express