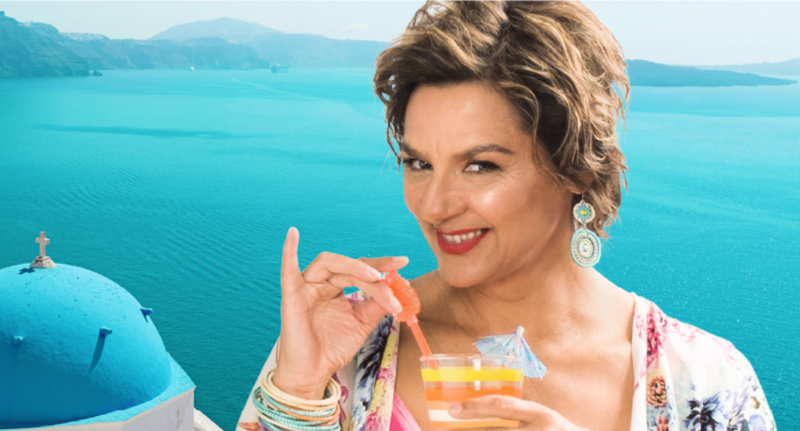 Willy Russell’s classic character has been much beloved by audiences around the world for over thirty years, both on stage and screen. A wonderful vehicle for a solo actress, Tadpole Productions has now teamed up with talented singer, comedian, and all-round great entertainer Jackie Clarke, who brings a fresh approach to the title role for their May production this year, directed by Janice Finn. Equally well known on stage and in film Jackie was named Top Female Artist by the Variety Artists Club of New Zealand in 2016.

Shirley Valentine is a delightful, relatable character. A forty-something housewife from the north of England, suffering from eroded self-esteem after decades of being trapped in a loveless marriage, has become bored and lonely. Her eyes are opened to the world outside the walls of her kitchen during a trip to Greece with her girlfriend. Things will never be the same again, as she takes us on a poignant and hilarious ride to regain her love of life, with her indomitable spirit to the fore.

The ten characters in the play are all seen through Shirley’s eyes, lovingly and wickedly brought to life courtesy of Russell’s witty but thoughtful script, as Shirley makes the gutsy journey from wilted to wacky.
Encore Theatre Collective is proud to present a dazzling new production of Seussical The Musical, based on the immortal works of Dr Seuss. Seussical brings to life many infamous and well-loved Dr Seuss characters, including Horton the Elephant, Gertrude McFuzz, Mayzie La Bird and, of course, the Cat in the Hat. These characters and stories weave together in a whimsical and wacky musical extravaganza, played out against an uplifting score, and highlighting the show’s universal messages of love and acceptance – reminding us all that “a person’s a person, no matter how small.”