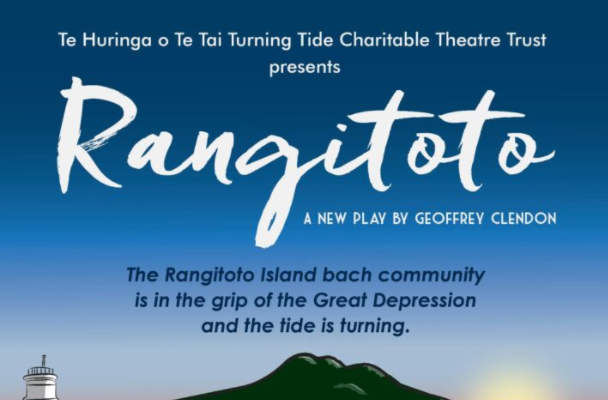 RANGITOTO – the premiere season of a new play by Geoffrey Clendon. Rangitoto is set in the bach community on Rangitoto Island during the Great Depression. It is a comic drama with all the tension and humour arising from the interaction of two families, a local eccentric and a Māori boy on holiday determined to have a good time but who, at the same time, are unable to avoid the larger social forces at work in the 1930s across New Zealand.

Rangitoto is a professional production presented by the newly formed Te Huringa o Te Tai Turning Tide Charitable Theatre Trust whose aim is to tell stories of Aotearoa New Zealand, particularly those of the Hauraki Gulf.

Rangitoto will be a high-quality piece of theatre that engages the audience in reflecting upon not just a unique place on Auckland’s landscape, but also questions of who we are – what we may have lost, and what’s still worth fighting for.