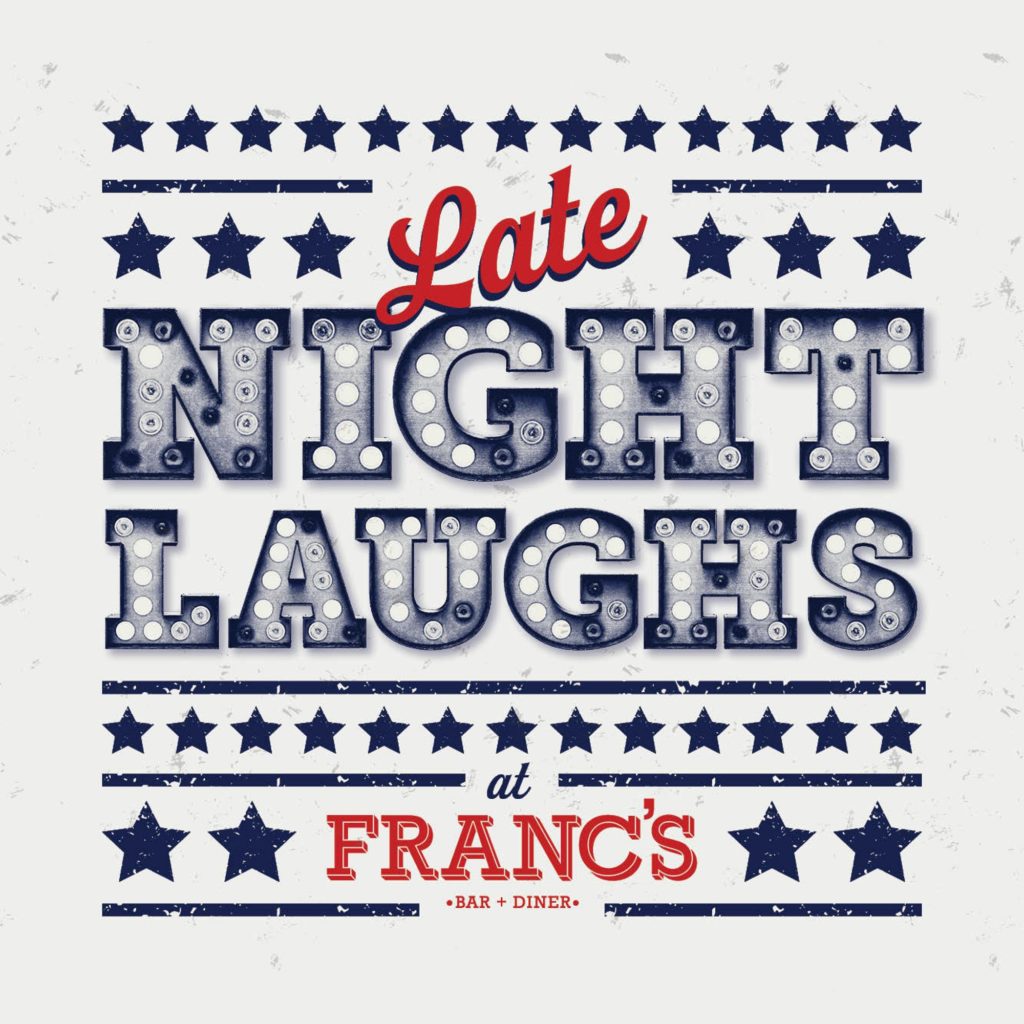 Get ready to sit down for some stand up with Late Night Laughs at Franc’s, brought to you by The Laugh Club.

We’re bringing you three shows over three Fridays packed with some of New Zealand’s favourite comedians – check out the line-up below:

Tickets $24 from Eventfinda. Grab yours below for a night of face aching laughs not to be missed!