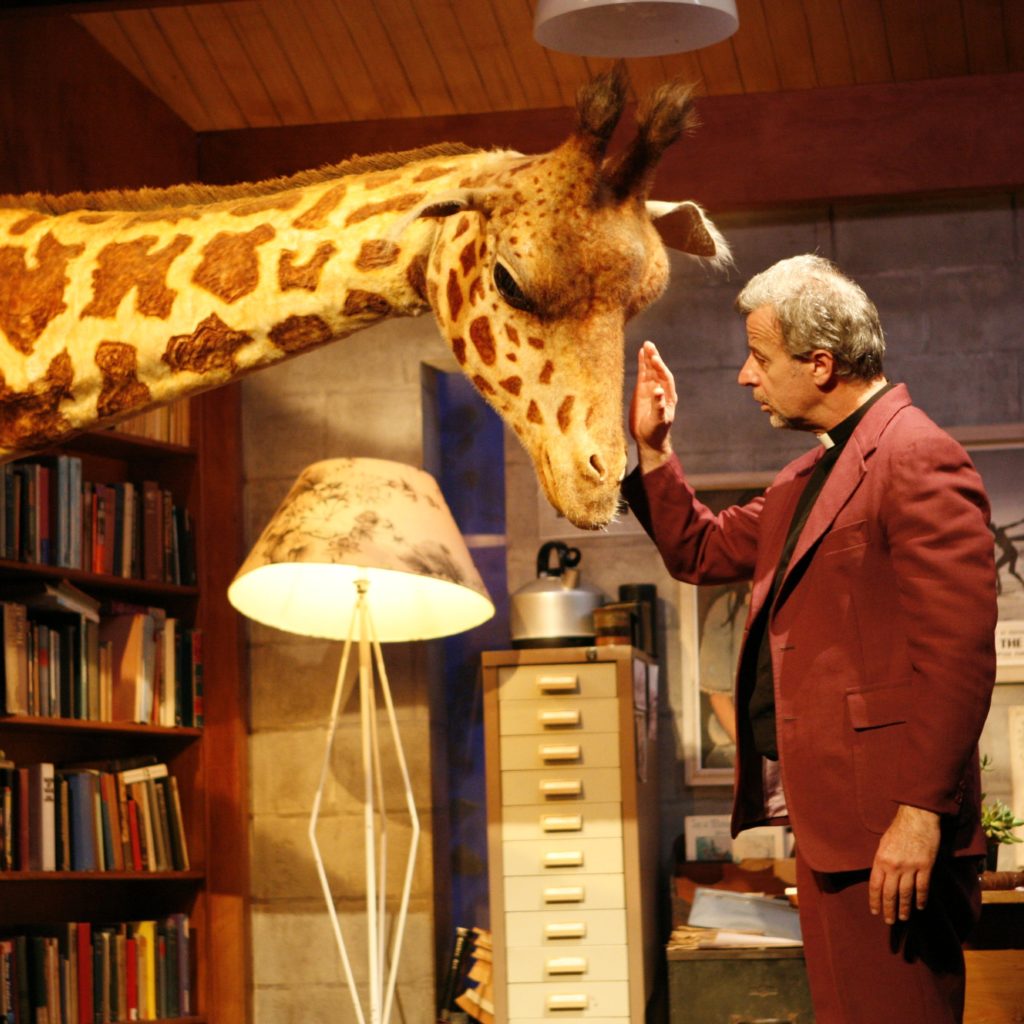 In the centenary year of Bruce Mason’s birth, the award-winning show Te Pō is performed for the first time in Takapuna – in the theatre named after this exceptional playwright.

Te Pō itself draws on the characters of Bruce Mason’s legacy of plays and reimagines them in this contemporary work – all set in Takapuna – where Bruce spent his childhood years.

A policeman, a priest, and a blind man look for clues that will lead them to the missing playwright Bruce Mason. Where has he gone? What made him leave his desk and vanish into the night? And what is that seagull at the window trying to say? For Te Pō’s odd characters, finding Bruce Mason has become a matter of life, death, and catching a big fish. From the creators of Mr Red Light, Te Pō is an eloquent and surprising comedy punctuated by Māori showband songs. It’s about searching for someone you have loved and lost and finding them again.

This acclaimed show was originally co-produced by the Auckland Arts Festival and the New Zealand Festival of the Arts.

Nightsong leaves no theatrical stone unturned in its mission to give you a unique view of the world. You’ll be hooked by this original, extraordinary, and moving show.

‘Te Pō will have a great future. It is a truly New Zealand play. Like The End of the Golden Weather, it could be set nowhere else. The script by Carl Bland is inventive and intelligent with overlapping themes and narratives which make for an incredibly satisfying experience’ – National Business Review