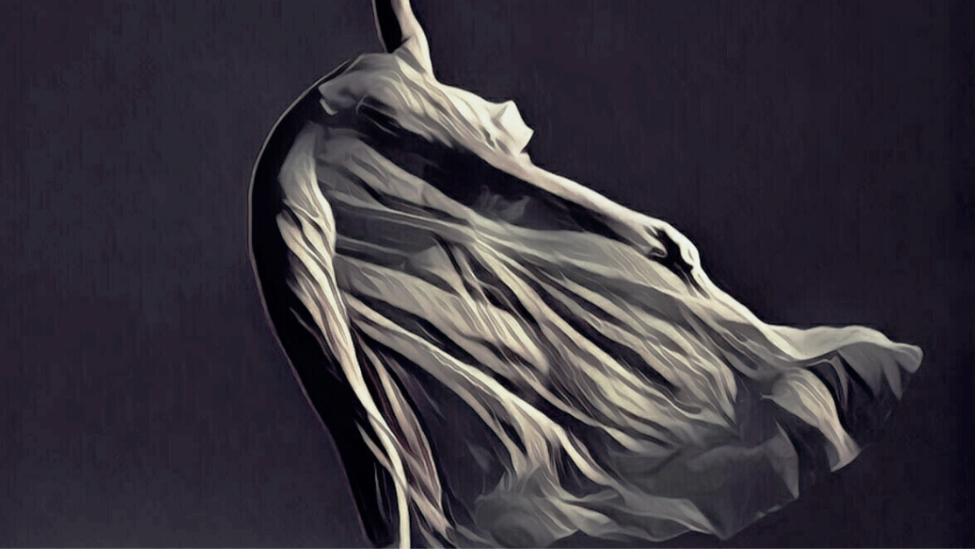 Mary-Jane O’Reilly’s reimagining of Act 2 of the classic ballet Giselle brings to bear her pop-art cabaret sensibilities and classical virtuosity.

The setting has been transposed from a forest to the Forest Bar – a louche hangout for a group of women – the Cynics –  disillusioned and jilted, who no longer believe in the naïve, discredited concept of true love. The era is the late 1940s – reflected in the classic post-war black and white contours and romantic melodrama of Film Noir – steeped in the stark and oppressive atmosphere of incipient menace.  The Cynics begin in svelte vintage skirts, jackets, and hats of the era interspersed with transitions into classical mid-calf tutus covered in layers of black tulle.

The story references Giselle the ballet throughout, both in its movement vocabulary and in the depiction of its characters.  The young peasant girl Giselle becomes an innocent abroad, an ingenue whose love for Albrecht is enduring even in the face of mockery from the world-weary Cynics – the Matriarchy – who are Wilis in the original 1812 ballet.  Myrtha the Queen of the Wilis is transformed into the Ice Queen, a cold-hearted and intransigent mother figure.

Albrecht and Hilarion are brash, self-confident young men, clothed in sharp vintage suits and hats, caught up in their own machismo. They are treated with disdain and suspicion by the Cynics and especially the Ice Queen, who rules the roost.